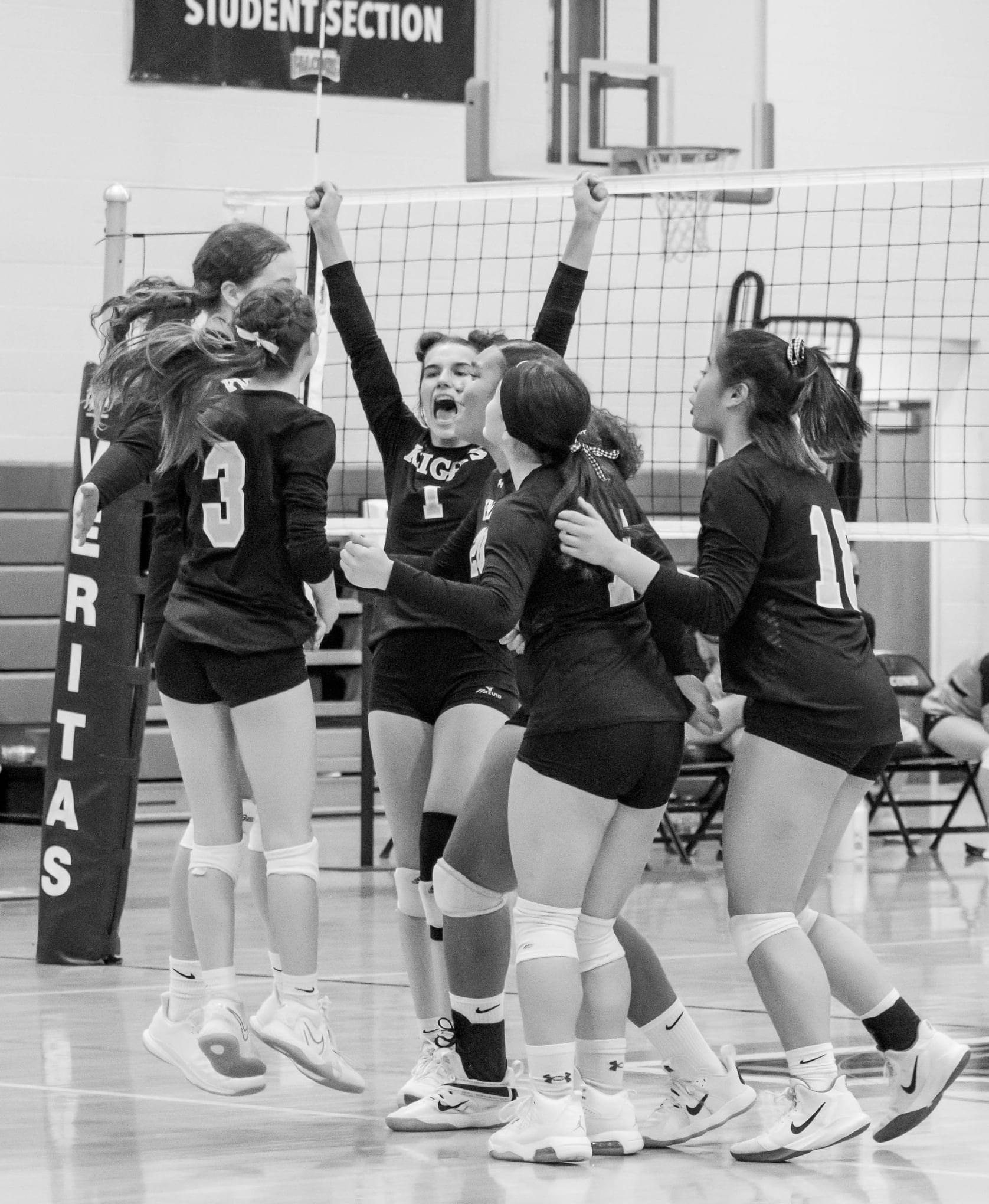 Kendyl Holt was an absolute beast with 32 kills and an incredible .660 hitting percentage! Natalie Guerrero had 32 assists and put away 7 kills and 4 aces. Chyenne Caraway was a huge defensive force at the net with 3 blocks and several more stops. Annika Capulla picked up 20 digs and Bella Flickinger picked up 16, while serving up 8 aces as well. Maddy Hirth had 2 critical blocks and was a serving force with 4 aces. Kaili Maurice added 7 huge kills and Ava Norris put down 3 more.

Tonight the Lady Knights battle it out with Scottsdale Christian at home. Let’s do this thing!!

No Events This Week

Events are added by athletic staff.
View All Events